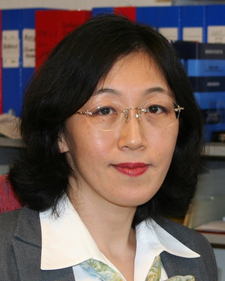 Dr. Masako Ikegami is Professor of Technology & Innovation Management, Department of Innovation Science at School of Environment and Society, and Professor of Department of Value & Decision Science at Graduate School of Decision Science & Technology, Tokyo Institute of Technology.Formerly she was a professor of political science (2010-13) and Director (2001-08) of the Center for Pacific Asia Studies, Stockholm University. She holds Doctor of Sociology (University of Tokyo, 1996) and Ph.D. in peace and conflict research (Uppsala University 1998).

She gave lectures at eminent institutions in US, Europe and Asia. She held prestigious Abe Fellowship granted by the Social Science Research Council and Japan Foundation Center for Global Partnership for research on the paradox of extended nuclear deterrence in the era of nuclear disarmament at East-West Center in Washington, D.C., Honolulu, and Senior Visiting Fellow at Research Institute for Peace & Security in Tokyo. In 2005, she was POSCO Fellow at EWC, Honolulu to conduct research on North Korean nuclear crisis. She is a regular member of the Pugwash Conferences on Science and World Affairs (Nobel Peace Prize 1995) on arms control & nuclear disarmament, and a standing board member of the Swedish Pugwash Group chaired by Amb. Rolf Ekéus.